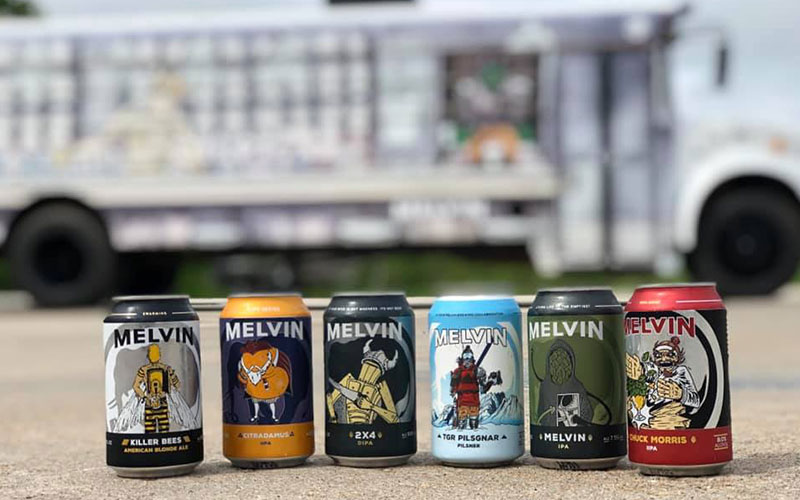 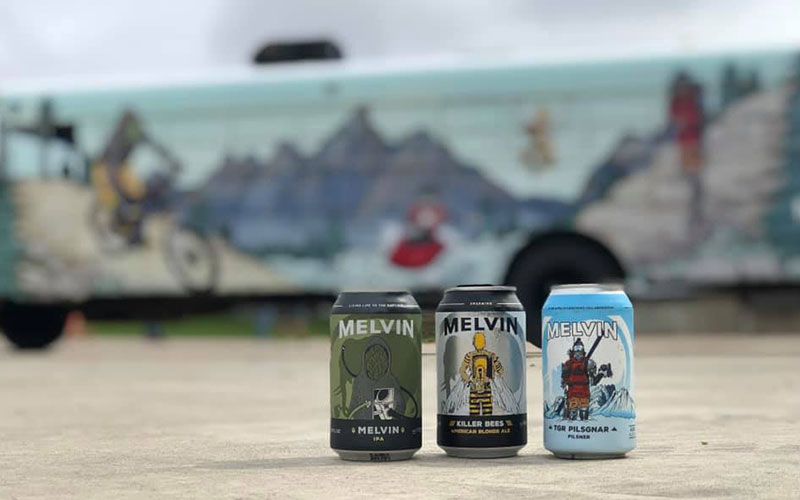 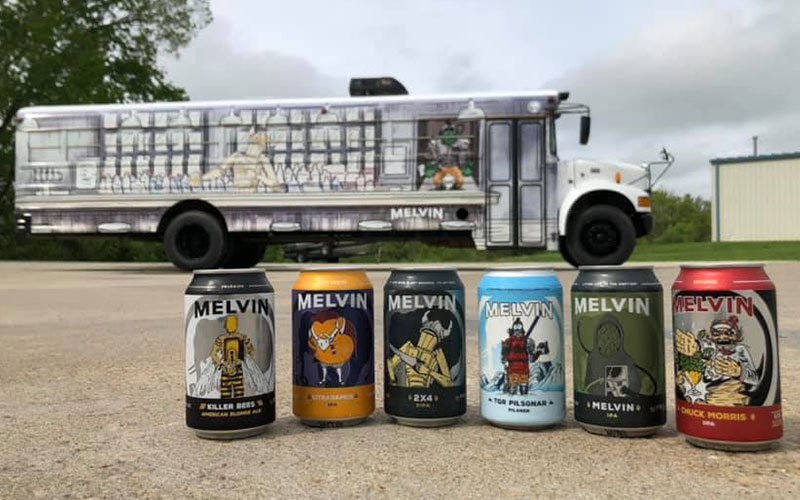 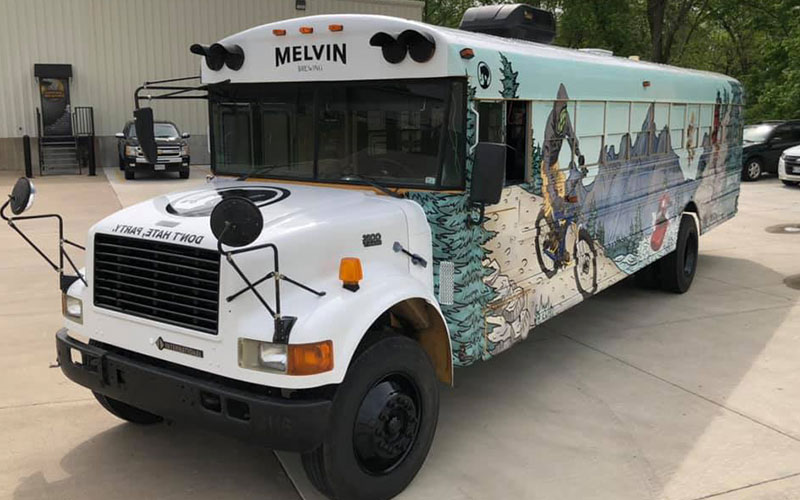 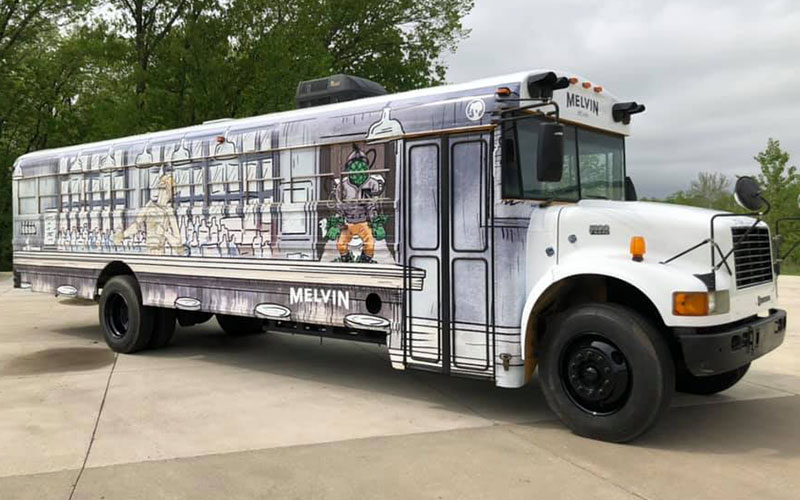 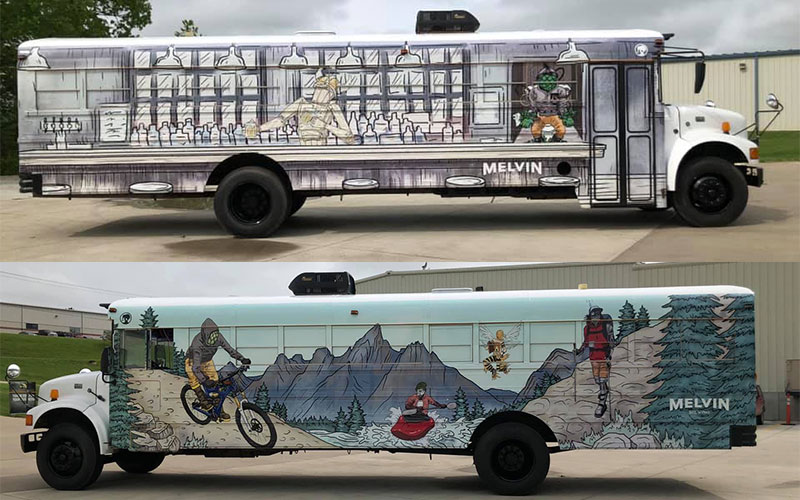 Melvin Brewing was born in the back of a Thai restaurant in 2009, when owner Jeremy Tofte decided to bring beers from the future to Jackson, WY. Their 20-gallon brew system quickly grew into a 3-barrel system, and they served their award-winning beers — the original Melvin IPA, 2×4 Double IPA, and Ch-Ch-Ch-Cherry Bomb — with sides of Asian street food, kung fu movies and old school hip hop.

They’re now up to 150+ of their own brews, and each cold, delicious can gives you a glimpse of their personal and creative style. They’re kind of a medium deal.

Embracing the chaos and riding the wave, Melvin Brewing took its world class beers on a worldwide tour, opening up shop in Eureka, Missouri in June 2019!

This bus not only looks cool, but will be functional and fun for this company. Inside will be a fully renovated party space for small groups, and will house kegs of their original brews, available for tap on the outside of the bus!

This wrap was hand drawn by the same artist who creates their can graphics.

Each brew has a dedicated character and backstory, making the wrap design that much more interesting!

We guarantee this is unlike anything you’ve ever seen before. It was a really unique project for us! To see more about their one-of-a-kind brand, head on over to melvinbrewing.com

Your complete source for all your signage needs Contact Us Now